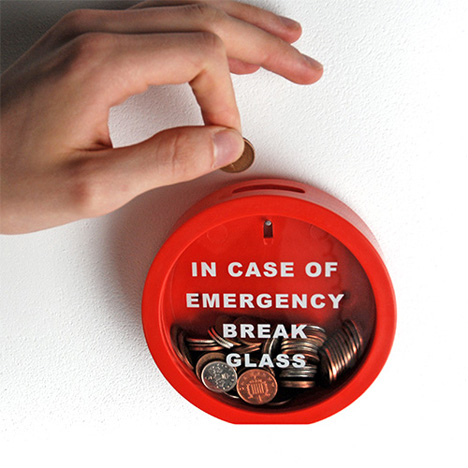 Today’s world is definitely a cashless society with debit cards, credit cards and checks. This is a method of convenience and safety which causes a number of people to prefer not to carry cash or keep cash on hand. The only problem is that in the event of a natural disaster or a breakdown in the electrical grid, electronic transactions may not work. I have experienced this after a severe ice storm and an inland hurricane in my region. Keeping cash on hand is an important part of emergency planning.

I discovered how important this was two years ago when a severe ice storm hit my region. While the local stores were not affected badly by the ice, there was severe damage farther south of my home area. This affected banks in Kentucky (I live in Illinois) which caused them to go offline. This in turn affected debit cards, which could not be used because the banks were offline.

A little more than a year later, in May 2008, my area was hit by a derecho or an inland hurricane. It wiped out power for days to the entire region. Stores that did not have backup power were unable to process checks electronically and could not except debit or credit cards. Due to the electricity issues, most ATM’s were unavailable. Cash was the best option, but only for people who already had cash put back.

After dealing with these weather emergencies, I realized the importance of a cash stash for emergencies. I found that the best way to put back cash was to do it gradually–a little at a time.

I prefer my small emergency cash stash to be separate from my regular savings, but it doesn’t have to be. Emergency cash needs to be easily available and on hand because it’s for an emergency–which you never know when to expect.  This means, if it’s in a bank account you can’t access it easily at any time.

I would suggest two emergency cash stashes–one of a smaller amount (perhaps $20-40) that you keep on you in your wallet or car and a second stash at home with a much larger amount that can be added to. I make the rule that the emergency stash I keep on me isn’t touched unless I’m out and have an unexpected expense that I need to dip into it for. The larger cash stash at home could simply be your savings where you just throw in extra change. It’s really your choice–the important thing is to actually put back some cash for emergencies.

Remember, an emergency doesn’t have to just be an electrical outage or natural disaster–an emergency could be unplanned car repairs, a sudden trip to the hospital or out-of-town to take care of family matters, or a vet bill. Anything unexpected that requires immediate attention is an emergency and a cash stash can help you deal with it, so start saving that cash!

1 thought on “Stash Cash for Emergencies”

This first widget will style itself automatically to highlight your favorite product. Edit the styles in Customizer > Additional CSS.